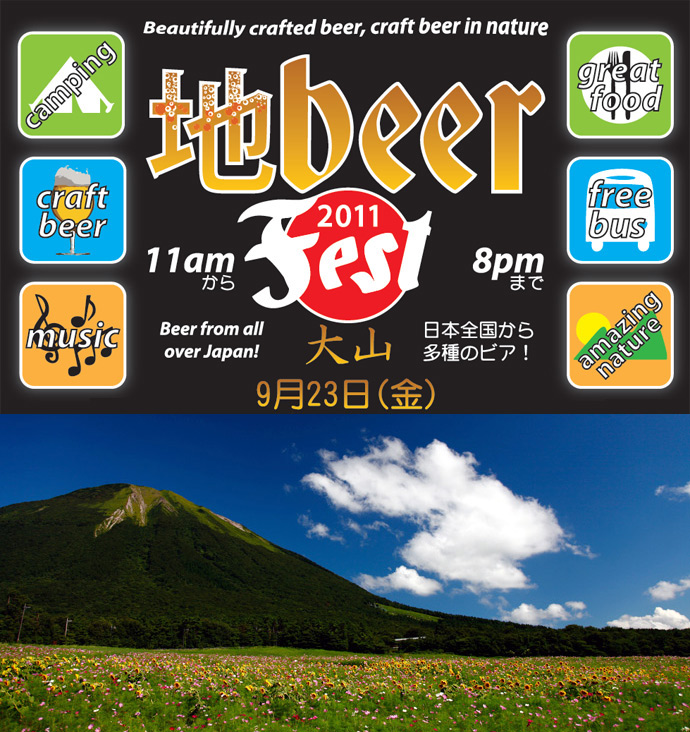 Stunning views from the majestic Mount Daisen national park of the Sea of Japan, Yonago City, and the Miho Bay area, adjoining camp grounds and surrounded by the Japanese countryside at its very best. 地(pronounded ji) BeerFest Daisen is a new concept in Japanese craft beer festivals. It offers a wide range of traditionally brewed craft beers, tempting cuisine, and an exciting line up of musicians and talent.

Thank you all for coming to JiBeer Fest Daisen 2011!
Please see photos at Daisen Kingdom. All the photos are taken by Mr. Takashi Karaki.See you next year!

Tickets are available at selected locations around Tottori Prefecture. Please note that tickets purchased in advance are cheaper so be sure to get one as soon as they become available. You will also be able to reserve tickets online via our application form (coming soon).

There will be 2 types of tickets available for 2011. The first costs 1250 yen and can be exchanged for 5 125ml beer samples of your choosing. The ticket itself will be divided into 5 sections and perforated. The second ticket is a 5500 yen 'all you can drink' ticket and entitles you to drink at your leisure for the duration of the festival. You will be provided with a 250ml glass.

The interview with organizers 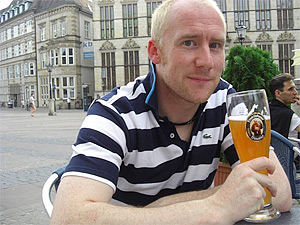 Mr. David Martin
From Coventry, United Kingdom
Lives in Yonago-shi, Tottori
Favorite Beer: My favourite beer of all time is either Rochefort 10, it's a Belgian trappist beer.  I also love Westvleteren, which is another trappist beer and is considered the best beer in the world.  Among Japanese beers I'm going to support my local brewery and say Daisen G Imperial Stout. 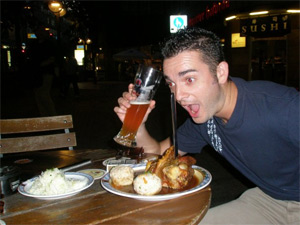 Mr. Richard Pearce
From Didmarton, Gloucestershire, United Kingdom
Lives in Kurayoshi-shi, Tottori
Favorite Beer: I would say Uley Bitter, a favourite of many in my home town in the Cotswolds, England. Lately, I've been enjoying a Hawaiian beer called Longboard Island Lager, made by Kona Brewing Co.
I believe this is gonna be the first festival in Mt. Daisen mainly involved in craft beer, and what's more, held by foreign residents in Tottori prefecture of Japan. I am sure everyone is gonna be curious about who you are. Could you please tell us a bit of about yourself?

David: I'm David Martin, I'm from England, which is a beer-lovers paradise.  I've been living in Japan for about 10 years and have been running Queen's English school in Yonago since I arrived.  My wife is Japanese and we have 4 children. It sounds like a lot, but 3 came all at the same time!  I have many hobbies, some I'm more serious about than others, but obviously trying new craft beers is one of them.
I also like playing guitar (you might get to hear me at the festival!), snowboarding, swimming, reading etc...

Richard: I'm Richard Pearce, also from England. I've lived in Tottori-ken, on and off, for about 3 years. I've travelled quite a bit and have a passion for Africa, where I trained as a Safari Guide. My two big loves are nature and football. I am manager and captain of a team here called "Tottori Tigers".


●How did you come up with the idea of the ji-beer festa?
There are so many beer festivals all over the world; even Japan has a few but these are mostly in the big cities and never outdoors surrounded by greenery.
We love all kinds of craft beer and we love the countryside - they're a perfect combination.  Beer is best enjoyed encompassed by natural beauty and preferably with the sun shining.
We realised that there wasn't really an event like this in Japan and thought it would be something wonderful for everyone to enjoy.


●What do you think visitors can expect to this festival? If you would compare this festival to any other particular event, what would it be?
People can expect some of the best beers from all over Japan, brewed lovingly by skilled brew masters. However, even though beer is the main focus there will also be great music and food to be enjoyed and we really want it to be a family oriented event.
Keywords: exceptional beer, great music, delicious food, outstanding scenery


●What is the goal of this event? Do you intend to continue the festival annually?
This will most definitely be an annual event and its success is largely dependent on the people that attend.

We have 3 goals, firstly to introduce Japanese craft beer (and later international craft beer) to a wider market in Japan. Most people know the big beer companies here but are completely unaware of the myriad of delicious local beers that are available all over the country.  However, local beers are generally only available in their respective local areas; events like this help them to gain popularity and increase demand.  If people begin asking for more craft beer in their local supermarkets etc... then its only a matter of time before we will see a much wider selection on offer.

Secondly, we want people from all over Japan (and who knows in the future, maybe the world) to see what an amazing place Mount Daisen is.  This area boasts some of the most spectacular scenery and I hope many people have the opportunity to share in its beauty.

Thirdly, we want to help support the local economy and tourism industry by attracting people here.  Events like ji beer fest/burger fest bring in people from other prefectures and I don't think anyone would be disappointed if they came to visit here.  The area has so much to offer I think people would come back time and time again.


●Please tell us your favorite site in Mt. Daisen and in Tottori prefecture.
David: Actually, I think one of the most stunning views from Mount Daisen is from the top of Masumizu ski park, which is right next to where we are having the festival.  Especially in winter, when I'm snowboarding at night and the mountain, Miho Bay and lights of Yonago City and Sakaiminato city are spread out before me; it literally takes my breath away.  Another mountain view I like is from the top of Mount Gassan  near Adachi museum.  From the top you have a panoramic view of this whole area; including Matsue, Sakaiminato, Yonago and Mount Daisen.

Richard: I love all of Daisen!! I recently climbed her for the 16th time. I once climbed her 4 times in two days! The area between the Utopia hut and the real peak is particularly stunning, especially as there is never anyone else there.


●Any comments or favors to guests?
David: I want people to have a great time, try as many different beers as possible (we hope to have about 40), make new friends and bask in Daisen's beauty.

Richard: Just to have fun and try the delicious beer and food on offer! 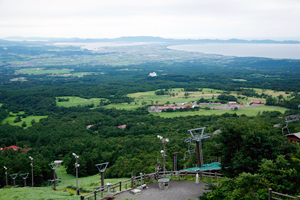