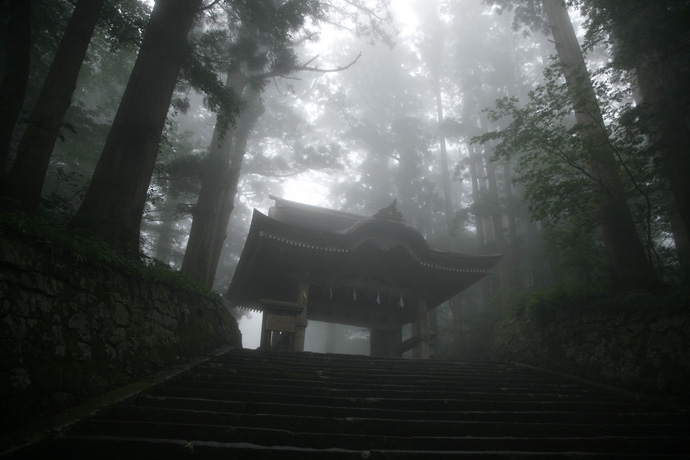 Mt. Daisen was a training area for shugendo. The monks needed a place to pray. Izumo fudoki (ancient records of the culture and geography of provinces of Japan) and Engishiki (a 927 AD Japanese book of laws and regulations) says that it was the beginning of Ogamiyama shrine, but details are unknown. Ogamiyama shrine and Daisenji had flourished, and more than 100 temples and 3,000 armed priests used to be under the control of the temple and shrine at the height of its prosperity.

It is a wonderful place for a stroll.