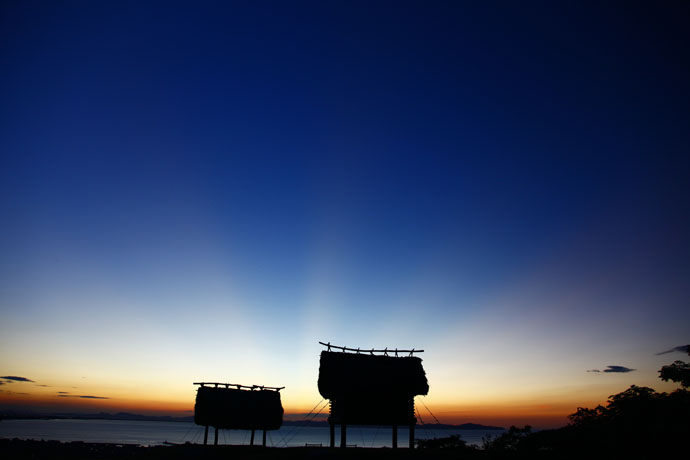 Mukibanda remains are on the hillside. You can see the panoramic view of the Japan Sea from the remains. The remains are thought to be the center of ancient Izumo Kingdom flourished in the late Yayoi period. 420 pit houses, other 500 shacks and 34 ancient tombs are discovered at present (2010).