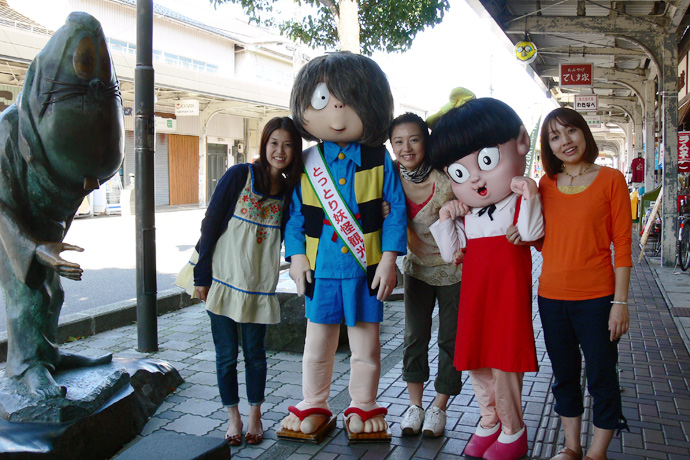 In 2010, NHK broadcasted a TV drama Gegege no Nyobo about his married life, based on the autobiography of Shigeru Mizuki's wife. In the same year, he has received the Person of Cultural Merit award.

Four kinds of designed trains operate from Yonago station to Sakaiminato station, with drawing of Yokais. The Kitaro trains are popular among tourists.