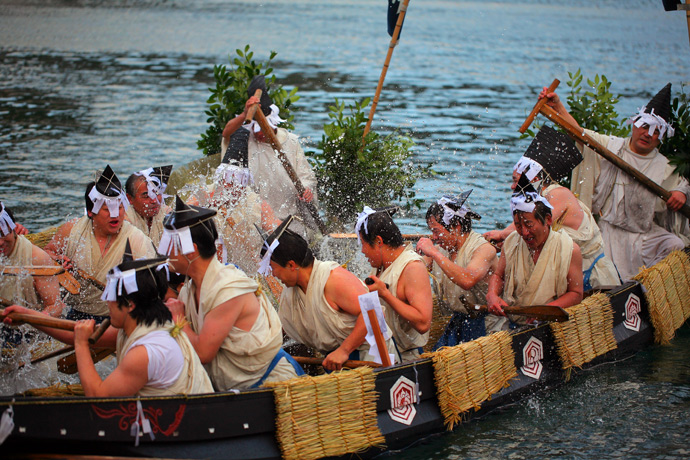 The shrine ritual Morotabune Shinji is annually held at Miho Shrine in December 3rd. In the depth of winter, 2 boats set out to the sea, and the shrine parishioners in white clothing on the boats splash water on each other. The ritual is based on the story of land offering in the oldest extant chronicle in Japan, Kojiki, that a god called Kotoshironushi no Mikoto gave up the land. The boats are valuable assets in studying the ancient shipbuilding skill, and designated as an important tangible folk-cultural property.

The Aoishidatami Street (the blue-stone-paved street), which leads from Miho Shrine to Bukkoku Temple preserves traditional houses. Mihonoseki used to be the important port, and flourished as amusement center. In Taisho era, renowned writers such as Tekkan and Akiko Yosano and Kyoshi Takahama has visited ryokans on the street. A shop on the street, Taiko Shoyu, is a long-established shop of soy sauce. It is said that gastronome Kitaoji Rosanjin acclaimed the soy sauce.